I BELIEVE IN MIRACLES!

Read why I believe in miracles & link to one of my Facebook friend's miracle story.
By, Dolly S.J. Piper

Read my personal article below this photo & link
READ ABOUT MY FACEBOOK FRIEND’S MIRACLE BIRTHS (see her picture below). Link Here, to read her Facebook post 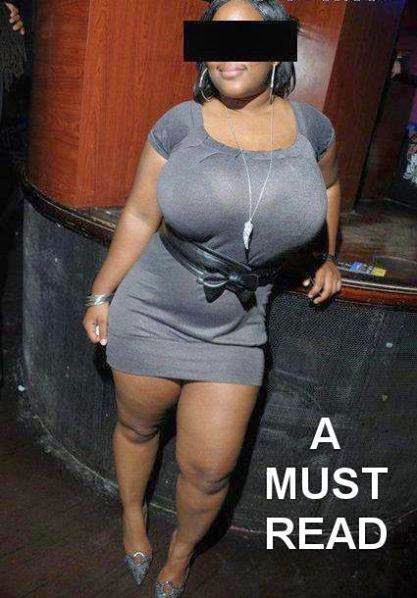 By definition a “miracle” simply put, is an event or experience, which defies scientific, medical or other common explanations.


Why do I believe in miracles?

Because I have experienced them in my life; for example: When medical treatment failed to help me. Through prayer I have been instantly healed of:

1. Over twenty years ago I was diagnosed with a severe liver condition, which I was told will kill me if I did not get medical treatment to correct the problem. So I did get treatment, but the medical treatment failed to correct the problem. Yet with prayer & faith I continue to defy that diagnosis. I am not only still alive but also I continue to live a generally healthy life, still without any of the signs or symptoms of liver failure.
2. In 1980 after being told that I was going to die because there was nothing else the doctors could do to help me, after two people prayed together with me & I was instantly healed of terminal abdominal cancer & epilepsy.

3. in 1993 I was in an accident which broke my back & almost severed my spinal cord in my neck. I was told by doctors "not to get my hopes up too high," but possibly with intensive physical therapy, I might be able to recover from being bed fast to use a wheelchair. After prayer I began to recover quickly within six months I could walk again using a walker for support, within two years I no longer even needed the walker & within four years, I was able to power walk a mile in seven minutes!

3. Several of my family members have had similar experiences with instantaneous healing of terminal cancer & other illnesses. Also, following a simple prayer, my mother instantaneously recovered from a massive stroke. Mom left the hospital healed of all signs & symptoms of the physical damage from that stroke. Following that stroke, mom lived a happy, healthy life until she passed 5 years later when she was 86 years old.

4). THERE HAS BEEN TIMES I HAVE BEEN IN SUCH FINANCIAL DISTRESS, that I did not even know how I could make ends meet for even my basic human needs like food & shelter… But, through prayer in faith, I have received unexpected substantial amounts of money to help me get by; or sometimes without asking, I have been given food, clothing or other resources I needed. In addition, even in times when jobs were few, I have been offered the best employment opportunities. The point is, I have never had to go without for long; no matter what the circumstances may have been!

For those who believe in miracles & have prayed for a miracle, but not received it, there is always the question in their minds “Why didn’t I get the miracle I prayed for?” Is it lack of faith, am I a bad person & being punished, or am I unworthy for some other reason? I do not think either of those answers is correct. So following here’s my take on a possible “why” answer to that question:

"ALL THINGS ARE POSSIBLE FOR THOSE WHO BELIEVE & DO NOT DOUBT” this means “faith” in the Creator’s ability & desire to give what you’re praying for, (Mark 9:21-23 NASB). I'm impressed to “re-enforce your faith in miracles” based on this scripture & the following understanding on why your past prayers for a miracle may not have been fulfilled yet.

Our Creator does NOT live in a box! Therefore, to "receive a miracle" we must be able to think "outside of the box" what I mean by this is; have "no expectations" as to “HOW” our Creator will answer your prayers for a miracle. Having expectations as to "how" a miracle request is answered, can often limit your ability to receive that blessing. Just "Ask & you will receive" (Mathew 21;20-22 NASB); this is the key for opening the door for your miracle! Don't prevent the Creator's ability to give you what you're asking for, by limiting the way in which you think our Creator is going to give you what you’re praying for. Keep an open mind! (Before you pray, read below some of the alternative ways your prayers may be answered) then, BE BLESSED & RECEIVE YOUR MIRACLE NOW!

2). Following prayer, those who are having extremely bad financial problems; have received large sums of money from surprise inheritances, free contests, or other unexpected sources. Others have even been offered employment or business opportunities which came from unexpected resources. Families have been given free cars, homes, food, clothing, or had their needs met by other unexpected sources.

3). Following prayer, people have been reunited with family members which have been missing for years, or people who thought they were alone & had no living family members; have been contacted by family the didn’t even know they had.

4). After prayer, women who have been unable to conceive children have given birth, have been given a family member’s child to raise, or become able to adopt children unexpectedly.

IT DOES NOT MATTER WHAT YOUR NEED IS, THERE ARE THOUSANDS OF ITERATIVE WAYS YOUR NEED CAN BE MET, often in many ways you may not ever even think of. If a need is met by any unexpected means, that is your miracle!

Miracles are ‘not’ based on being perfect, good, or religious, miracles are based only on “having Faith!”

It is my belief that the greatest purpose in life which we all serve, is to bring hope to others.

4:4 But he had to pass through Samaria. 4:5 Now he came to a Samaritan town called Sychar, near the plot of land that Jacob had given to his son Joseph. 4:6 Jacob’s well was there, so Jesus, since he was tired from the journey, sat right down beside the well. It was about noon.
4:7 A Samaritan woman came to draw water. Jesus said to her, “Give me some water to drink.” 4:8 (For his disciples had gone off into the town to buy supplies.) 4:9 So the Samaritan woman said to him, “How can you – a Jew – ask me, a Samaritan woman, for water to drink?” (For Jews use nothing in common with Samaritans.)
4:10 Jesus answered her, “If you had known the gift of God and who it is who said to you, ‘Give me some water to drink,’ you would have asked him, and he would have given you living water.” 4:11 “Sir,” the woman said to him, “you have no bucket and the well is deep; where then do you get this living water? 4:12 Surely you’re not greater than our ancestor Jacob, are you? For he gave us this well and drank from it himself, along with his sons and his livestock.”

4:13 Jesus replied, “Everyone who drinks some of this water will be thirsty again. 4:14 But whoever drinks some of the water that I will give him will never be thirsty again, but the water that I will give him will become in Hima fountain of water springing up  to eternal life.” 4:15 The woman said to him, “Sir, give me this water, so that I will not be thirsty or have to come hereto draw  water.” 4:16 He said to her, “Go call your husband and come back here.” 4:17 The woman replied, “I have no husband.” Jesus said to her, “Right you are when you said, ‘I have no husband,’ 4:18 for you have had five husbands, and the man you are living with now is not your husband. This you said truthfully!”

4:19 The woman said to him, “Sir, I see that you are a prophet. 4:20 Our fathers worshiped on this mountain, and you people say that the place where people must worship is in Jerusalem.” 4:21 Jesus said to her, “Believe me, woman, a time is coming when you will worship the Father neither on this mountain nor in Jerusalem. 4:22 You people worship what you do not know. We worship what we know, because salvation is from the Jews. 4:23 But a time is coming – and now is here  – when the true worshipers will worship the Father in spirit and truth, for the Father seeks such people to be his worshipers. 4:24 God is spirit,  and the people who worship him must worship in spirit and truth.” 4:25 The woman said to him, “I know that Messiah is coming” (the one called Christ); “whenever he comes, he will tell us everything.” 4:26 Jesus said to her, “I, the one speaking to you, am he.”

ABOUT ME on G+